The staff at OZ is well trained. First rate care and training turns into first rate results. The OZ mantra of excellence starts at the trainer level and trickles down all the way to the stall cleaner.

Shelley has been in the hunter jumper business for over 30 years. She owns and operates Oz Incorporated, in Canby, Oregon. Shelley has been an integral part of national governance since 2003. She was a founding board member of the United States Hunter Jumper Association and sat on that board for a record 14 straight years. She had various roles at the USHJA and helped pen the USHJA Trainer Certification Manual. Shelley Chairs the USEF Member Services Council and sits on several other committees. Shelley was awarded the prestigious USHJA 2009 Volunteer of the Year Award and has won several President’s Distinguished Service Awards and Committee Excellence Awards. Shelley, a past president of the NW Horse Council (now the Oregon Hunter Jumper Association) is an advocate, on a national scale, of Zone 9 and other smaller regions. Shelley also co-owns Team NW Equestrian Sports, a horse show management company that runs several National shows in the Portland area. An avid exhibitor herself, Shelley was Champion or Reserve 13 years straight in the NW Professional World Champion Hunter Rider Standings. She was Champion in 2008, 2009, 2010, 2013, 2015, 2016, 2017, 2019 and 2021 and Reserve in 2011, 2012, 2014, and 2018. (2020 did not compete due to COVID). She has trained the ASPCA Maclay Regional winner on numerous occasions as well as many WCHR Regional Champions, HOTY Zone 9 Champions and OHJA Champions in hunters, jumpers and equitation. In 2015, Shelley trained the Grand Champion Large Junior Hunter at the National Horse Show as well as the Reserve Champion Green Conformation horse. Shelley is really passionate about giving back to the sport through national and regional volunteerism and encourages collaboration and sharing of ideas. She teaches riders in all of the disciplines and emphasizes horse care, values and fostering the balance between competitive riding and responsible horsemanship. 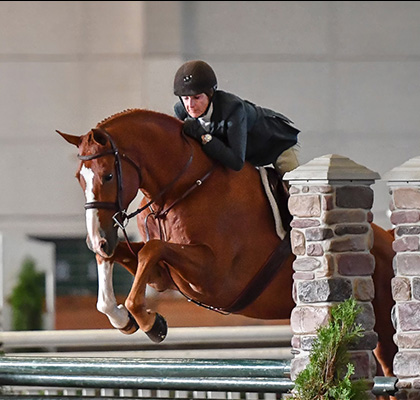